Friday the 10th of November, BRA Curling Cup 2017 was played in the Lillehammer Curlingarena.

The curlingevent was a great success and all co-workers enjoyed themselves (until they fell on the ice of course). It was served coffe at arrival in a good curling spirit way, and all the players got a full introduction to the game, meaning rules and tactics. Curling ethics was not explained.  🙂
Afterwards Thomas and Lolita showed the basic techniques on the ice. 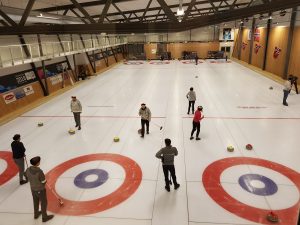 Photo is taken during the event

Finally 23 co-workers went to the ice for great curling achivements! 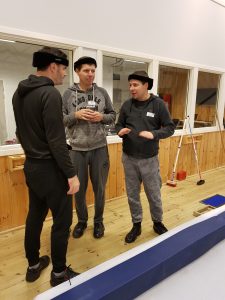 As seen in the above photo, tactics were heavily discussed. Which is very important at this level.  😀 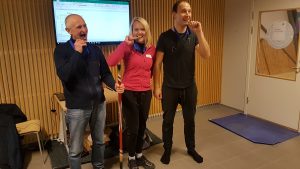 From left, Darius, Ligita and Paulius

After the final, there was of course medal ceremony. In the above photo, we can see the proud winners of BRA Curling Cup 2017. 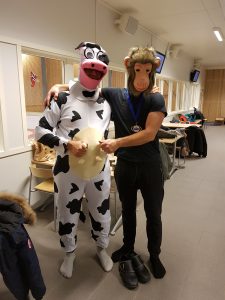 The Cow and the Monkey

At the end of the ceremony there was given some additional prizes for the evening. “Cow on the ice” was given to Justinas who fell pretty hard two times before he had even sent his first stone in the game. Also there was given “Monkey Business” to Paulius that really couldn’t let go of cheating in the game. We will like to Congratulate all the winners!

As a short summary of the evening, we can say that there is absolutely no future talents of curling in this group, but the pleasure that we have of screewing up on the ice together with all the others, was almost touchy. Despite all the falls on the ice, all the forgotten slides, all the curlingbrushes that was mostly used to keep the balance more than to sweep the ice and all the wrong colors of stones that was to be sent, we hope that just as many will show up in the next year’s Curling Cup.

Friday the 10th of November, BRA Curling Cup 2017 was played in the Lillehammer Curlingarena.

BRA IT has delivered once again!